What is the Mint City Collective? What it Means to Me.

Charlotte landing an MLS team has indeed been a dream come true, something I never imagined would happen.

With most cities receiving a team, supporter groups are conceived and developed along the way. Even before an official name and branding was announced, Charlotte has been no different. Several groups have already been established, and I'm sure there will be more once the 2022 kick-off draws closer.

Now, I must admit. I had no sincere interest in joining a supporter's group. I was merely thrilled to have a team, and honestly, I have always liked to do my own thing at games, experiencing matches the way I want. I've never been a flag-flying, drum-beating, chanting sort of fan. I prefer to study and analyze the game, talk to myself like a lunatic, drink my beers in peace, and tell the friend next to me how I could do a better job of coaching. I don't particularly prefer to watch games behind the goal (that's typically where supporter groups stand); plus, I'm a shockingly awful singer, and my 41-year-old knees can't take jumping up and down for 90 minutes. Needless to say, that while the concept of having supporter groups for the team is exciting, I didn't believe it was for me.

However, when Arsenal and Fiorentina came to town to play, and Charlotte hosted a Fan Fest in Romare Bearden Park; one group started to pique my interest. It was some folks running around calling themselves the Mint City Collective.

I quite liked the name Mint City Collective, and I loved their color choice and the logo. I also began seeing the Mint City Collective name pop up on my social media feeds. They seemed surprisingly well organized and appeared to have a lot of exciting things going on. As I looked further into what they were all about, I was impressed with what they had created and the thought behind it all.

I have since become a member and was fortunate enough to be elected as the Communication Director. Being in a supporter's group is not all about singing and raising hell at games; I mean, it's some of that, sure. But, it's mostly about fellowship, camaraderie, and celebrating a shared passion. I see this group as something positive, which can be utilized to support our team, promote Charlotte, and help the community.

I'm really excited to be a part of this, and if you are thinking about joining a supporter's group, we would love to have you!

So, What Is The Mint City Collective?

Where did the name, color, and logo come from? Mint City: Inspired by our history as the site of the first gold rush and the first U.S. Mint in the south. “Mint City” is a nod to the pioneering spirit and economic industries forged in the city.

Collective: All together for one common goal. Charlotte has attracted people from all over the world to live, play and work in our city. While we come from unique backgrounds, we share a mutual passion for the game of soccer.

Logo/Crest: Protect the nest- The shield and eagle design is inspired by the “C” coin, which was produced at the Charlotte branch of the U.S. mint. The interwoven pattern reflects the rich history of the textile industry in our area while alluding to the integrated and connected community that strengthens Mint City Collective.

“The Mint City Collective believes in the passion for soccer in Charlotte and its ability to forge a strong cultural bond in our community. We look to build, connect, collaborate, and inspire our community. “

What You Get When You Join?

Once you become a member, you get invited to the Mint City Collective Slack Channel, which is an excellent way to chat with like-minded folks who want to talk about all things soccer, from the English Premier League to the Bundesliga to the U.S. National Team. If you are a big fan of the FIFA games, there is even a league within the group that you can join (someone is always wanting to play).

There are currently two Membership packages

Want to get together in your part of town to watch a game? Join a rec league? Run a race? Just get a beer? The Mint City Collective also has local chapters that you can join!

Below is a list of current chapters. If you are interested in starting your own or helping a friend create one, let us know in the MCC Members Slack, and we'll get you all the guidelines, suggestions, and support you need.

There are also currently two MCC Podcasts that you can listen to if you would like to get caught up on things and learn a little more about the group. We also have a great Blog page written by various members on numerous Mint City or Charlotte FC topics. Do you have a passion for writing? We are always looking for fresh ideas and new perspectives!

If you get a chance, check out the merchandise page. This gets updated often, and once you are a member, you can request items that you would like on the Slack Channel. 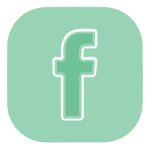 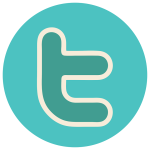 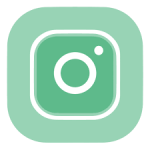 Joining the Mint City Collective won't make you more of a fan; it doesn't make you better than anyone else. It's a group formed by people like yourself that are just super excited about our new franchise.

There are also other supporter groups you can join, so I would look around and see which one you think best suits you.

If you want to be a part of the Mint City Collective, come join in. I'll be there.

Or don't join. That's perfectly fine too! We can still be friends.

Let me know if you have any questions!